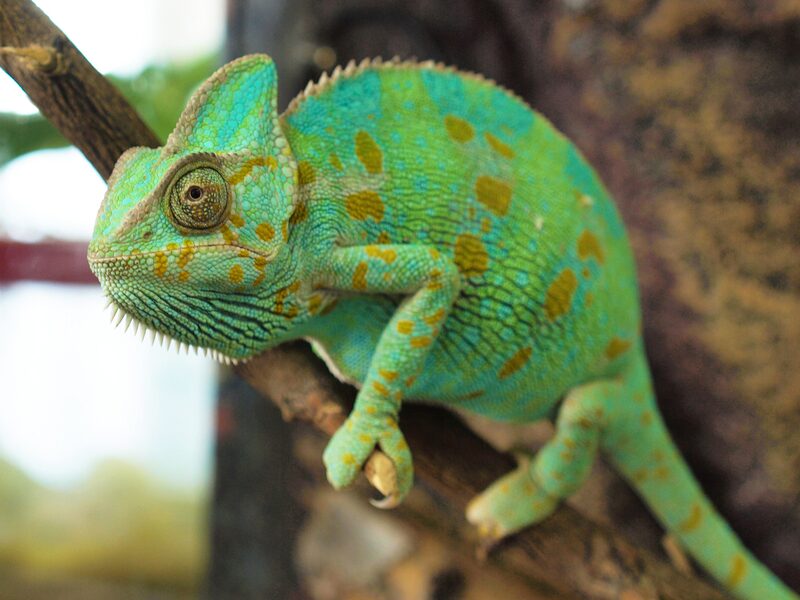 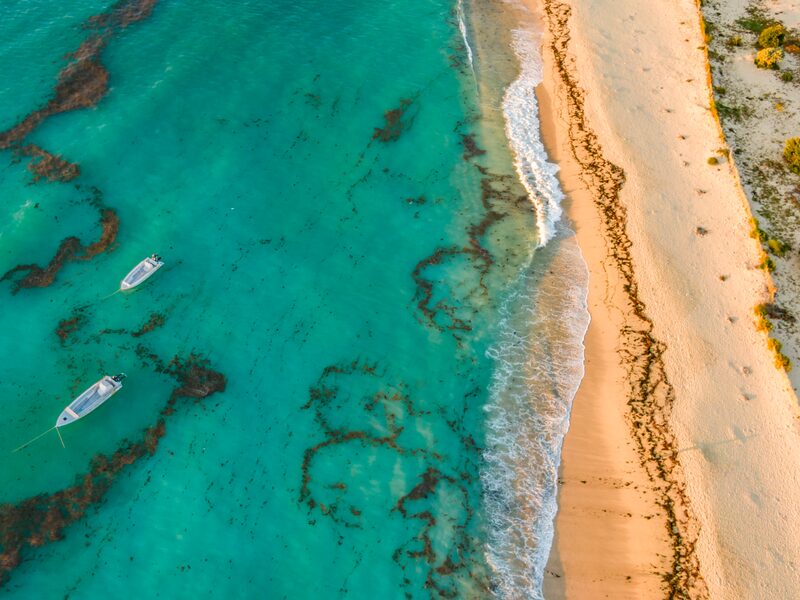 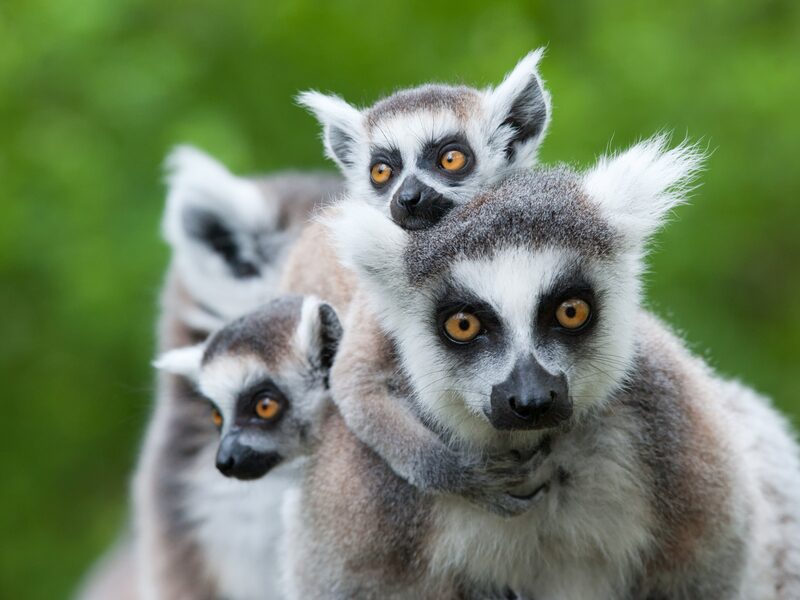 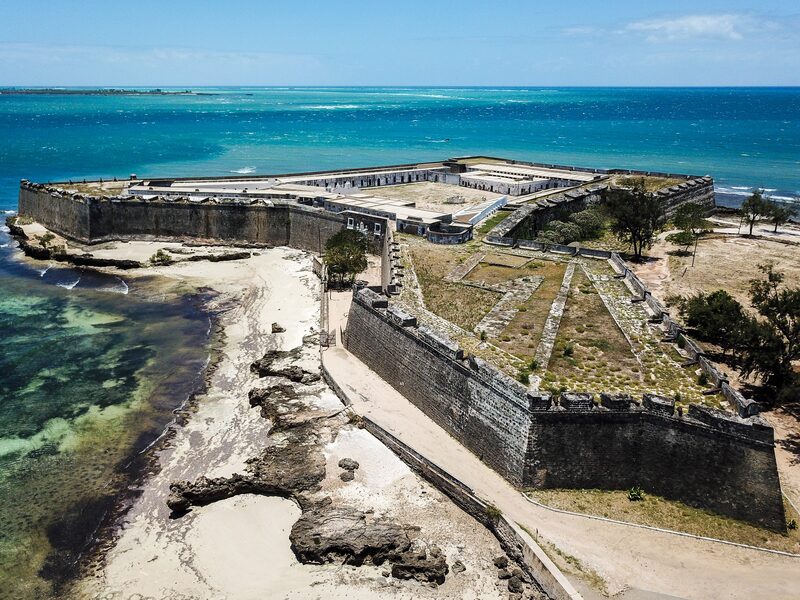 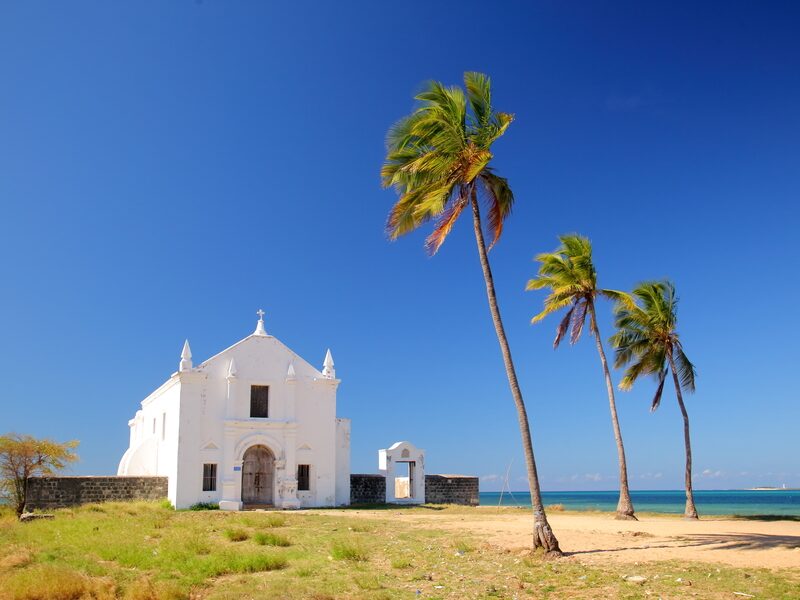 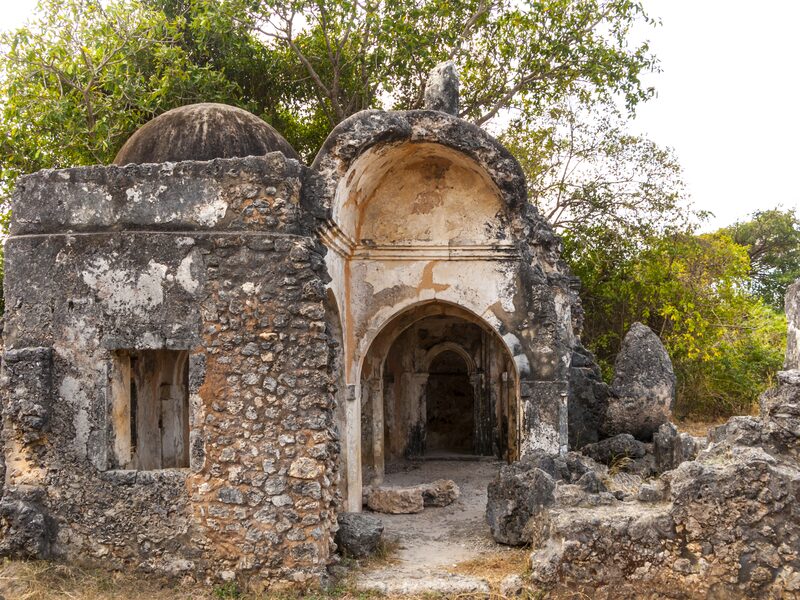 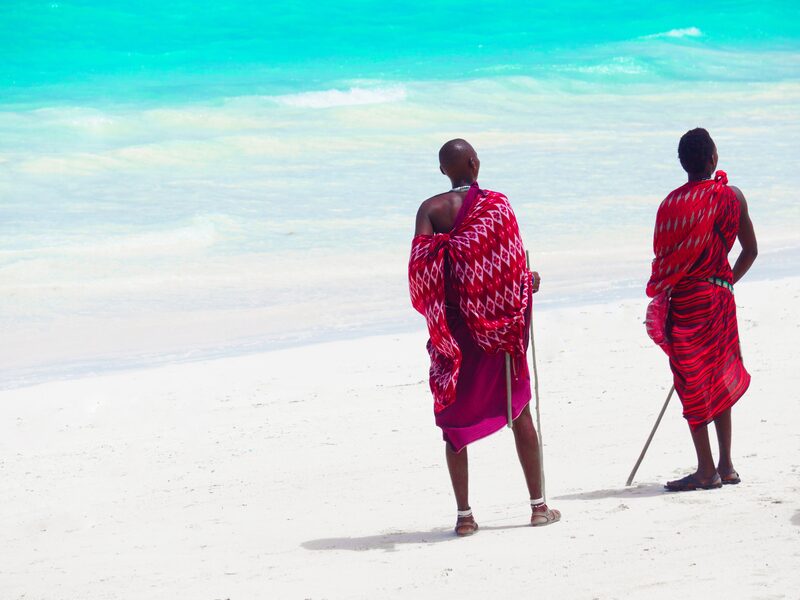 For millennia, the eastern edge of Africa has stood at the crossroads of African, Asian, European and Middle Eastern cultures. On brand new Coral Geographer, take in the diverse landscapes of Mauritius, Réunion, Madagascar, Mozambique and Tanzania over 17 nights. In the comfort of our state-of-the-art expedition ship, explore lands that only hardy traders in search of ancient spices ventured to in the past.

Your African frontier expedition starts at cosmopolitan Port Louis in Mauritius which is well connected through its international airport. Make your first landfall in the tiny island of Reunion, a French ‘department’ and the outermost region of the European Union. Madagascar, with its extraordinary biodiversity and vast hinterland offers a fascinating contrast.

Meet the semi-nomadic Vezo people at Andavadoaka who make their living from the sea, encounter native lemurs at Kirindy Reserve, and walk down the striking avenue of the giant Baobabs. Explore tiny Mozambique Island, a World Heritage site with a fascinating blend of African, Arab and European cultures. Take in the UNESCO World Heritage Ruins of Kilwa Kisiwani, an island state off the coast of Tanzania and once a medieval sultanate occupied from the 9th to the 19th century. Disembark at legendary Zanzibar, a melting pot of civilisations since the first millennium. This is a truly extraordinary voyage visiting historic lands only accessible by small expedition ship.

ONLY 5 CABINS LEFT ON THIS EXPEDITION OF A LIFETIME

- All meals fresh and chef-prepared onboard
- 24 hour barista-style coffee and tea station
- Selected wines, beers, juices, soft drinks and selected spirits are served with lunch and dinner
- Captain's Welcome and Farewell Events, and Open Bridge Access with the Captain
- Freshly baked treats and delicious canapes to accompany pre-dinner or sunset drinks
- Guided sightseeing in each destination & local operator excursions at some locations

Solo traveller pricing available. Please speak to one of our travel consultants for more details

Embark: Board at Port Louis Terminal, Mauritius at 3:00pm for 5:00pm departure
Disembark: Arrive at Zanzibar, Tanzania and disembark at 10:00am

Board Coral Geographer in Port Louis, Mauritius where there is time to settle into your cabin before our 5:00pm departure. Join your fellow travellers and Expedition Team for a safety briefing as well as an overview of the voyage ahead.

A choice of excursions at Reunion are available – either a full day tour or a half day morning tour. The full day tour takes in the central highlands where rugged peaks of dormant or extinct volcanoes and mountains rising over 3,000m dominate the landscape. Where the air is scented with vanilla as plunging waterfalls tumble into vast amphitheatres (known as cirques) and tropical fruit plantations meld with sugarcane fields. Enjoy spectacular views from Nez des Boeuf of the Piton de la Fournaise crater before lunch at a creole restaurant and a visit to Cite du Volcan museum.

Learn about the important part that vanilla plays in Reunion’s cultural heritage at St Andre vanilla plantation then explore St Denis before returning to Coral Geographer for lunch and an afternoon at leisure onboard.

Enjoy three relaxing sea days at leisure as we cruise towards Madagascar. Join our Expedition Team for a fascinating program of ongoing activities, demonstrations and informative presentations or settle in with a good book on the Vista Deck.

An overland adventure awaits as we journey from coastal Toliara to Isalo National Park approx. 1,000m above sea level, stopping on the way at Zombitse National Park, where we will see baobab trees and perhaps even the White Shifaka Lemur.

Isalo National Park is known for its rugged landscape carved by nature with imposing gorges and plunging canyons. Walking trails and natural swimming holes offer vantage points to view the several species of lemur inhabiting the park as well as the 100 or so bird species.

After lunch we further explore Isalo National Park before enjoying a very special sunset. We enjoy dinner, then breakfast at our overnight accommodation at the Hotel Relais de la Reine and Hotel Jardin du Roy.

There is further opportunity to spot Lemurs or enjoy the hiking trails including a swim at a freshwater billabong in the forest called Piscine Naturelle. After lunch at our hotel we will return to Toliara and Coral Geographer.

The small fishing village of Andavadoaka sits on the edge of a tranquil lagoon protected by coral reefs and is home to semi-nomadic Vezo people who rely upon the ocean for their livelihood. The coral reefs of southwest Madagascar are some of the most diverse in the Indian Ocean biodiversity studies identifying many hundreds of marine species.

We will learn about community projects promoting sustainable marine management before enjoying a leisurely afternoon of beach activities, swimming and snorkelling at Nosy Hao.

At the village Belo Sur Mer we again enjoy the company of the semi-nomadic Vezo people who travel the ocean in timber boats and oversized canoes powered by paddle or rudimentary rectangular sails. The ethnic Sakalava people, to which the Vezo belong, traditionally inhabit the coastal strip on the west coast of Madagascar and use outrigger canoes for fishing. The village sits on the shores of a turquoise lagoon with inviting white-sand beaches shaded by palm trees.

This coastal region of Madagascar is well-known for the traditional timber fishing boats, known as pirogues, built on the beach. When a vessel is launched, there is a festival-like atmosphere and we may be lucky enough to time our visit during such an occasion.

In a country scarred by deforestation, Kirindy Reserve is a wildlife habitat for threatened species and is protected and managed through selective and sustainable logging. Covering around 125sq km, Kirindy’s dry deciduous forests provide a haven for the endemic fossa, a sort of cat-like mammal the size of a small greyhound, as well as lemurs, birds and reptiles including chameleons.

After lunch we visit the famed Avenue of the Baobabs, known as the ‘most beautiful road in Madagascar’. The magnificent trees with their towering bottle-shaped trunks topped by gangly tentacle-like branches are a relative of the boab trees found in Australia’s Kimberley region. The Avenue of Baobabs is at the centre of a local conservation campaign aiming to protect the avenue as Madagascar’s first natural monument in an often-treeless landscape.

Enjoy a day at sea and join our Expedition Team for a fascinating program of ongoing activities, demonstrations and informative presentations.

Arriving after lunch into Mahajanga we will experience the famed Cirque Rouge, a multi-coloured rock formation that recalls somehow red American canyons. A hill locks where large gullies have been carved. Erosion has made this sandstone surface display a wide range of colours, from white, pink orange to ochre shades. Local people come here to carry out some of the colourful sand for filling bottles and selling them as souvenirs, or drawing pictures with these sands.

Enjoy a  day at sea and join our Expedition Team for a fascinating  program of ongoing activities, demonstrations and informative presentations.

The fortified city of Mozambique and former Portuguese trading post on the Island of Mozambique is a UNESCO World Heritage site, significant for its remarkable 16th century architectural features. Connected to mainland Africa by a 3.4km long bridge straddling the Indian Ocean, the island has two distinct types of dwellings: the stone and lime town of Swahili, Arab and European influence in the north and macuti town (translating to city of roofed palm leaves) with traditional African architecture in the south.

The Southern Hemisphere’s oldest European building, the Chapel of Nossa Senhora de Baluarte, considered one of the finest examples of Manueline vaulted architecture and Fort Sao Sebastiao occupy the north coast of the island. We will take  guided walking tours to discover the island’s diverse culture, it’s charming people and fascinating history including churches, mosques, colonial buildings and Portuguese houses.

Enjoy a  day at sea and join our Expedition Team for a fascinating program of ongoing activities, demonstrations and informative presentations.

The UNESCO World Heritage Ruins of Kilwa Kisiwani site, once a medieval sultanate and occupied from the ninth to the nineteenth century was described as one of the most beautiful cities of the world in its fourteenth century heyday.

There is an opportunity to wander around the magnificent ruins of Malindi Mosque and its adjacent cemetery, Fort Gereza, a former prison built atop the ruins of a Portuguese fort and tombs of Sultans. Husuni Kubwa, a fourteenth century sultans palace of grand proportions right down to its octagonal swimming pool, was similar in structure to those found in Syria, Turkey and the Persian Gulf.

On our final evening onboard Coral Geographer, we reminisce about our voyage to the edge of Africa with new friends over Captain’s Farewell Drinks.

Coral Geographer arrives into Zanzibar at 9:00am. Farewell your Master, crew and fellow guests at disembarkation at 10:00am.

Prices listed are per person in Australian/New Zealand Dollars, based on twin occupancy, including all discounts unless otherwise stated. The offer is subject to availability at time of booking and shown on the lowest inside category available at the time. Fares are capacity controlled and are subject to change at any time without notice. Prices/Offers are correct as at 28 November 2022 and can be withdrawn without notice. Cabin categories include prepaid government fees and port taxes unless otherwise stated.  Hotels may charge resort fees not included in this package, payable direct upon check in. Visas are not included. Payments made by credit card will incur a surcharge. Airfares are based on economy class flights from Sydney and are subject to the carriers’ flight schedules and conditions, please call us for prices from other cities.