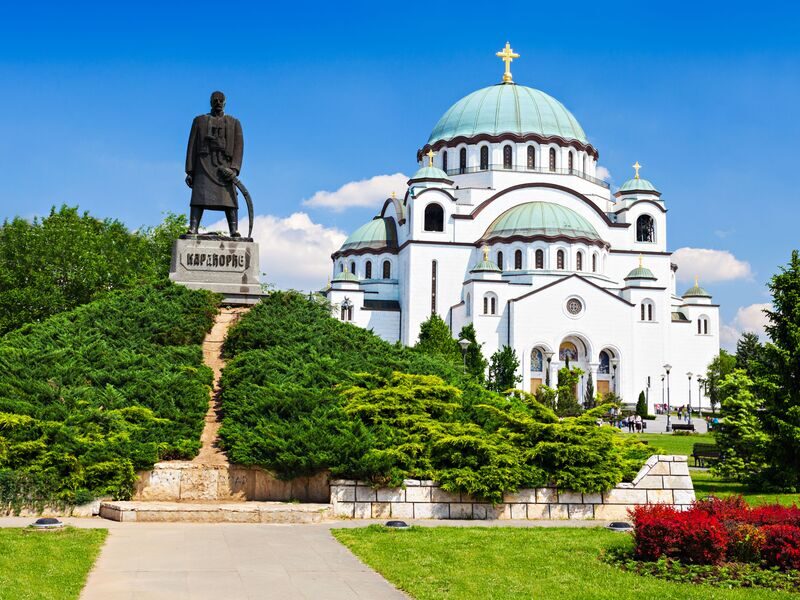 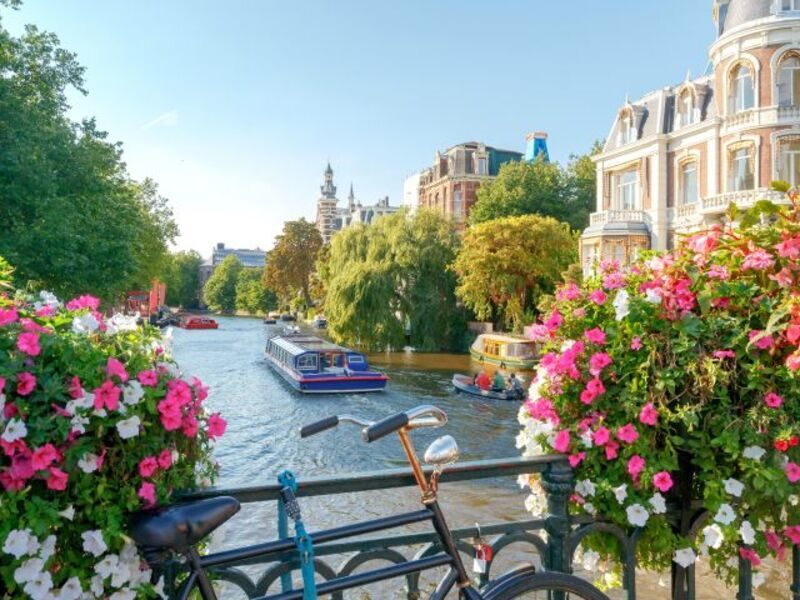 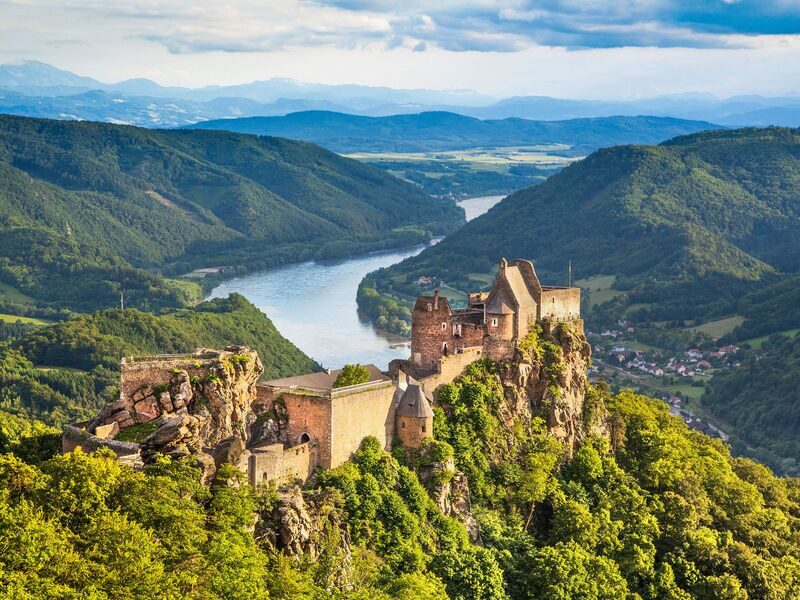 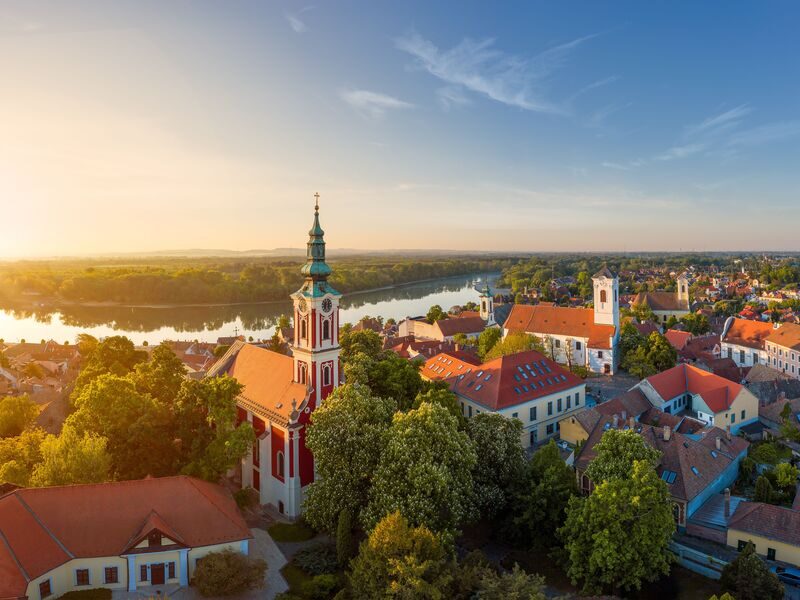 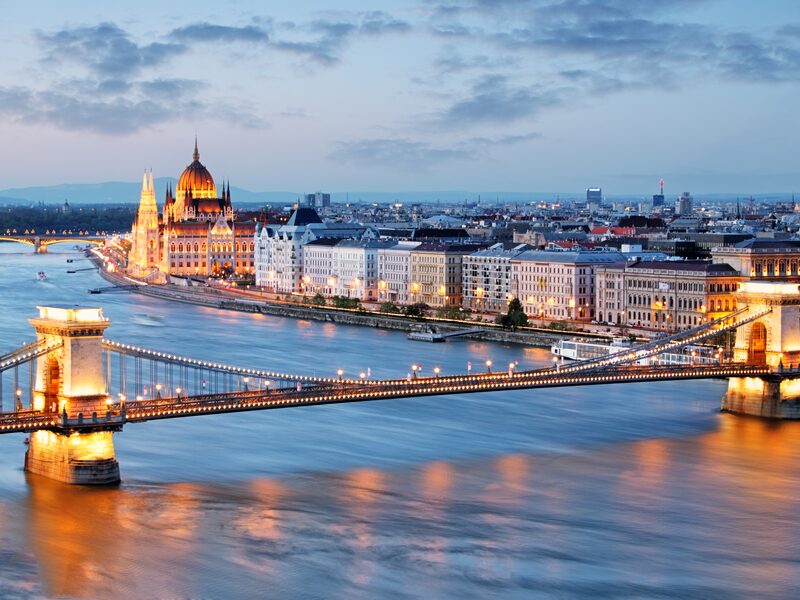 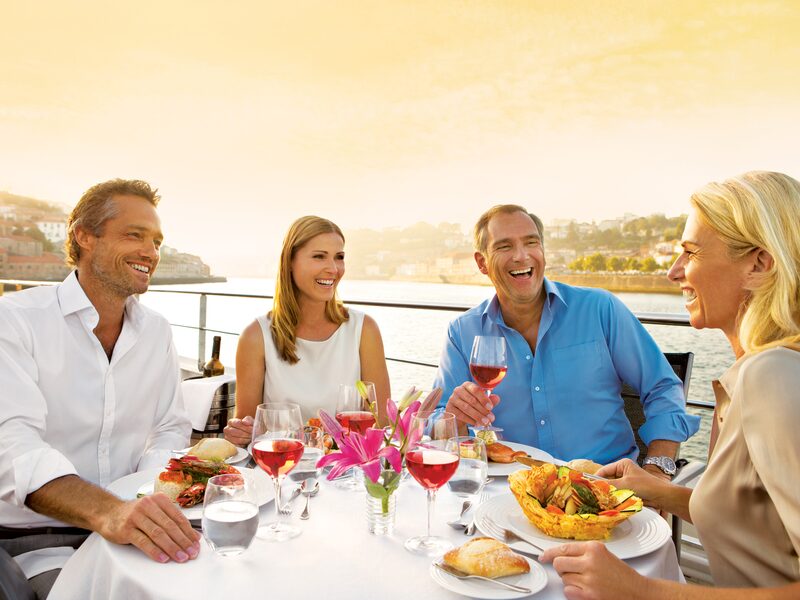 Explore the best of Europe in one grand journey from the Black Sea to the North Sea. Travel through eight nations, exploring wonders of the Old World & the New. Sail the romantic Rhine, the serene Main and the captivating Danube, witnessing dazzling natural beauty and incomparable architectural feats. Stop off in London on your way home for a diverse cultural experience.

Talk to your travel agent about adding on Uniworld Gold Seal Protection for COVID cancellation protection.

**Prices based on twin share for travel 20 August – 13 September 2023. Additional dates available, a surcharge may apply***

Not quite the right cruise? Call or chat us now for shorter Europe journeys between the above months.

Day 1 & 2: Bucharest
Get to know the bustling heart of Romania's capital city with a full day to explore Bucharest on your own.

Day 3: Bucharest, transfer to Guirgiu
A fascinating combination of Communist grandiosity, elegant French-influenced 19th-century buildings and surprising survivors dating from the 1500s. Today in Bucharest you’ll enjoy a panoramic city tour or a walking tour in the old Lipscani district. Later, you'll travel via motorcoach to Giurgiu, where your ship awaits.

Day 5: Vidin
Vidin is a port town on the Danube that once played an important role in medieval Bulgarian politics, as the great fortress Baba Vida attests. It’s your base for an unusual excursion today—a visit to the fascinating Belogradchik rock formations. Or you can head to a local’s home to bake a traditional Bulgarian dish called banitza.

Day 6: Cruising the Iron Gates, Donji Milanovac, Golubac
Today’s main attraction will be the spectacular scenery along the Danube, as you cruise a stretch of gorges known as the Iron Gates. Later, head ashore to explore a Paleolithic site and an extraordinarily well-preserved medieval fortress. All along the way, history lines the banks of the river. Keep an eye out for Trajan’s Plaque, which the ancient Romans erected to commemorate the road they anchored in the steep cliffs above the water, and Golubac Castle, built in the 14th century and attacked successively by the Serbs, Magyars and Turks.

Day 7: Belgrade
Belgrade, the modern-day capital of Serbia, is one of Europe’s oldest cities, dating back some 7,000 years. Signs of its tumultuous history are visible everywhere, juxtaposed with the city’s vibrant modern-day present.

Day 8: Vukovar, Batina, Mohacs
Welcome to Croatia! This ancient country, which has made a remarkable recovery from a brutal civil war, is noted for its beautiful countryside and thriving folk traditions, as well as simple, delicious local rustic food. You’ll dock in Vukovar, Croatia’s biggest port, at the confluence of the Danube and Vuka rivers.

Day 8: Budapest
Located on opposite sides of the Danube, Buda and Pest each have their own distinctive character and allure. Explore this dynamic and multifaceted city with your choice of excursions—you can see it from a local’s perspective on our walking tour, cover more ground with a panoramic tour or “Let’s Go” with a guided bike ride. Vibrant Budapest, Hungary’s capital, offers an enchanting combination of East and West.

Day 10: Budapest
Today enjoy a full-day visit to Hungary's Eger wine region for some lunch and, of course, wine tasting.

Day 11: Budapest
Called the “Queen of the Danube,” in part because of the way the city hugs the banks of the river, Budapest is an enchanting city that vibrantly mixes East and West, medieval and modern. Made up of two parts— Buda (the hills) and Pest (the flatlands)—and divided by the Danube, Hungary’s capital presents an array of architectural styles that reveal its long and varied history. You’ll have two enticing ways to experience the city—a panoramic guided tour aboard a motorcoach with a visit to the Parliament, or discover the Budapest that locals love on a special walking tour of the city’s most important landmarks.

Day 12: Cruising the Danube River, Vienna
Relax onboard, enjoying the luxuries of your river cruise ship while soaking in the spectacular scenery all around you as your ship heads for Vienna. Come up to the Sun Deck to admire the city’s landmarks strung along the riverbanks.

Day 13: Vienna
Vienna is a cultural treasure trove revered for its art and music (and sinfully rich pastries). Experience the City of Waltzes with your choice of excursions. Begin your day with an itinerary highlight—our “Morning with the Masters” at the Vienna Art History Museum. Then, you can choose between two different guided tours: an Imperial city highlights tour or an Imperial Crypt of the Habsburgs walking tour.

Day 14: Cruising the Wachau Valley, Weissenkirchen
Awaken to the spectacular scenery of the Wachau Valley, one of the most beautiful stretches of river landscape in all of Europe. Named for its white church, Weissenkirchen may very well be the prettiest village in the Wachau Valley. A local expert will show you around and introduce you to some regional delicacies, including a wine tasting. Prefer to go for baroque? Visit the 900-year-old Melk Abbey and its extraordinarily opulent library. Later, you can stretch your legs with a vineyard hike.

Day 15: Passau
Just before reaching Passau, the ship will pass through the famous Schlögener Schlinge—a “gooseneck” or hairpin turn in the Danube. Located at the confluence of three rivers—the Danube, Inn and Ilz— Passau is well known for its ornate baroque cathedral. Today, the city is unusually well preserved, having been spared the brunt of Allied bombing during WWII, as you’ll see on your walking tour.

Day 16: Regensburg
You can travel through time or get a crash course in making craft beer, then watch high-tech robots assemble the Ultimate Driving Machine. Regensburg is a friendly town with quaint cobblestone streets, historic Roman ruins and a medieval city center. The remnants of Regensburg’s golden age are still on display, but don’t let its illustrious history fool you into thinking the town’s best days are all in the past.

Day 17: Nuremberg
Arrive in the archetypal medieval German city of Nuremberg. Nuremberg is justifiably famous for its gingerbread and pocket watches, and it was also the site of some key moments in 20th-century history. You’ll choose between two memorable ways of exploring this exceptional city. You can join a panoramic tour of the city, or you can accompany a local expert to the city’s most important WWII sites, including the enormous Nazi Party Rally Grounds—the actual site of the Nazi Party rallies.

Day 18: Bamberg
Your floating boutique hotel takes you to Bamberg today, a well-preserved town that offers a fascinating glimpse of medieval times. Explore the city on foot or opt to head deeper into the Franconian countryside to experience an authentic slice of rural life—including a tractor ride. Like Rome, the city is built on seven hills—but in Bamberg, a church tops each one.

Day 19: Wurzburg
We will dock in the charming Franconian town of Würzburg, where you can visit the extraordinary Würzburg Residence, one of the most opulent baroque palaces in Europe.

Day 20: Wertheim
After today, you may never eat a pretzel again without thinking of the town of Wertheim. You’ll meet one of Germany’s best pretzel makers, as well as the owner of a historic wine estate. If you’re more in the mood for a scenic bike ride, you are welcome to do that as well.

Day 21: Frankfurt
Frankfurt is known as the “Mainhattan” of Europe due to its profusion of bankers and soaring skyscrapers, which coexist with the city’s traditional Old Town architecture. Choose a brief tour that gives you an overview of this major European financial and trade center. Alternatively, visit romantic Heidelberg and its Renaissance castle.

Day 22: Rudesheim
Experience Germany’s fabled Rheingau in one of two ways today. Take in spectacular views of the region’s famous vineyards from the perspective of an aerial cable car, or venture within an atmospheric medieval monastery and taste the Rieslings made on site. The town is best known for its narrow avenue of shops and wine bars called the Drosselgasse. Experience the most spectacular scenery on the Rhine later in the afternoon as you cruise past the famous Middle Rhine Valley.

Day 23: Cologne
Enjoy a delightful tour of Cologne’s Old Town, where three medieval gates remain standing, as does the old city hall with its stunning Renaissance façade. Wander through the historical center and take in its charming atmosphere and narrow alleyways flanked by old houses. No matter how you choose to explore Old Town, you’ll also have ample free time to explore the city on your own.

Day 24: Amsterdam
Enjoy the luxury of a full day in the “Venice of the North,” starting with a delightful tour of the Van Gogh Museum. Afterwards, explore the city with a canal ride or on foot with a local expert.

Prices listed are per person in Australian/New Zealand Dollars, based on twin occupancy, including all discounts unless otherwise stated. The offer is subject to availability at time of booking and shown *on the lowest inside category available at the time.  Fares are capacity controlled and are subject to change at any time without notice. Prices/Offers are correct as at 19 November 2021 and can be withdrawn without notice.   Cabin categories include prepaid government fees and port taxes unless otherwise stated. Hotels may charge resort fees not included in this package, payable direct upon check in. Visas are not included.  Air credit is valid on any applicable airline subject to the carriers’ flight schedules and conditions, and combinable with any airline credit you may hold. Payments made by credit card will incur a surcharge.

Fly free is for flights up to the value of $2000 per person including taxes based on available full service airlines when air schedules released.